Flanders Road Southington, was it your kids?

Sitting in my car at the parking area/trail on Flanders Road in Southington doing my homework at the last minute as always, I noticed the car next to me had 4 teenagers in it. They saw me, were laughing and I noticed that the driver was rolling a joint. Yup a joint, clearly either thinking I was not paying attention or I was a stupid old lady who had no idea what they were doing. I sat for a few moments trying to decide what to do.  My first response was to call to the police and watch it unfold, angry at their blatant disregard for an adult presence in the car right next to them. My second choice was get out of the car and have a chat. I opted for the second and I walked over to the car.
The driver opened the window when I approached and this is what I shared with them. First I told them I almost called the police, however I thought they might have a better chance at understanding if I spoke to them as a parent of a daughter who is in recovery and the, would have been, parent to a future son-in-law who I now visit at the cemetery. I shared that they, too, were a couple of kids a kid "just smoking pot". The simplicity of smoking pot with friends one day turned in to, too much alcohol, experimenting with other drugs, Oxi's and eventually heroin. I shared that no one wakes up one day and says I think I am going to become an addict, it sneaks up on you. I shared that some of their friends made it out of their teens, and some did not. I asked them which one of their friends funerals would the others like to go to, I asked them which one of them would like to face this disease for the rest of their lives; facing what addiction sufferers face every day, having to lie, sneak around, steal, whatever it takes to get what they needed to survive, yes survive, because ultimately once it is too late it is not about getting high anymore, it is about not suffering with withdrawal, which from what I am told is a fate worse than death.

They all stared at me like baby deer in the headlights, but they all listened. I told them how statistically speaking one of them would very likely end up with  an addiction of some sort. I asked them do you WANT to get high with your friends, or are you using the word NEED when you talk about smoking. No one wakes up one day and says hey, I think today is the day I will stick a needle in my arm, it is a process that can start with, its only weed! Until one day you have lost your job your friends and your family and you are doing whatever it takes to keep from being physically sick.
This IS the cold hard truth that kids today need to know. What they are taught in school is simply not enough. Kids will be kids and many will continue to experiment with drugs and alcohol. What they need to be taught is when "Just say no" doesn't work to look for the warning signs of addiction. They need to know the difference between "just smoking pot" and a life filled with sadness, guilt, and remorse and that is only if they have the privilege of being able to stay alive into adulthood. There are less drunk driving fatalities among kids due to the education provided in schools and at home. What we need now is less overdose deaths and that requires more education regarding addiction in schools and at home. It can not be a taboo discussion, it has to be at the forefront if our kids are too survive. I told Hillary not to drink and drive, I did not tell her to watch out for signs of addiction.

I started this post a couple weeks ago and since then another dear friend of Hillary's Died.  Another 25 year old who will not make it to 26, that is UNACCEPTABLE! Another beautiful soul lost to this dreaded disease.

Hillary has a photo of herself and three other girls that were all seniors in high school together. All good kids, from loving homes, three out of four, became addicted to heroin. one has now left this life And two will fight the battle with this disease for the rest of their lives, again unacceptable.

I wish I had told her of the risks of addiction. I wish I had known what to look out for. I wish I didn't  think "it's only pot" and "kids will be kids". Back to the kids in the car, two in the front and two in the back. Four of them just like the picture of Hill and her friends.


I love my children and I love your children and I am sure you do too. Please open the lines of communication with the kids you love. They need safe places to share what they have done and what they fear. The stigma has to end for survival to occur. I will say it again, This is not a moral failing.

Some of you may feel I should have called the police, I tried that with Hillary and it simply did not help. I talked to Annie and Bert (my two teenagers), who both said I did the right thing in the eyes of a teenager. The police would have only made them find better ways to hide it. The facts is what they needed, and the facts is what they got.

All the kids in the car thanked me and the young man in the front seat said that he was sorry about what had happened to my kids. They heard me, I can only hope that it sunk in enough to make a difference. Please add this message to what you teach your kids, addiction is not only real, it is an epidemic and if can happen to my kids it can happen to yours.

Peace be with you, those you love and those who love you, k

Posted by Kristyn Manemeit at 8:23 AM No comments:

The day I met heroin

The day I confirmed that Hillary was using heroin, I said, no, not my child! Heroin is for “junkies” and street people. People “like us” don't use heroin. She would NEVER stick a needle in her arm, I was wrong, and I thought I would die on the spot! I had no idea what to do, or where to begin or simply how to wrap my head around the whole idea. How did this happen, I thought I was being so proactive in trying to help her and that it wasn't that bad. She was a teenager, not an addict. I left my visit with Hillary that day and cried, I cried over the loss of her innocence, I cried out in anger at the (I won't use the words: m*f*S*O*B) that had given it to her in the first place and I cried out in fear that ultimately she could die.


I have always been a very candid person and wear my heart on my sleeve so when I went to pick up Bert at Sunday School that morning from a teacher whom I did not know very well at all, I lost it. She asked me if I was okay and I said, no, I just found out my daughter is using heroin and I cried. The teacher  said "well you just told the right person, my son is in recovery from heroin addiction, I am here for you and I will help you get the help you need and find resources for Hillary as well."


That was the moment I knew that if I had remained quiet or felt shame in talking about her
addiction I was setting myself and Hillary up for failure.

Addiction is a disease! It doesn't matter how you acquired it, there is no need for explanations or excuses or the bullshit that goes along with shaming the person or their families. I have yet to encounter someone who doesn't know firsthand someone that suffers and I can almost guarantee you that if you think you don't know someone, you are wrong. This affects everyone everywhere. It is not junkies and Street people and I will always be sorry for using those stereotypes in that way.


I was not quiet that day, I never am, and I never will be, which is good and bad, however in this case It is not only good, it is necessary. I will scream it from the rooftops because I have to.

I live both sides of the disease every day. I grieve the loss our family and the world suffers because Ben is no longer physically present and that F-ing sucks! At the same time I am ever so grateful that Hillary is sober and living a life that includes a peace that eluded her for so long.  One is not a trade off for the other, having Hillary does not make losing Ben any easier, never has never will.


For those of you out there that may get tired of hearing me talk about addiction, I will never be silent! The day I become silent is the day I have given up on the promise I made to myself, to Ben and to Hillary that I will share my love and support with those that suffer and those that love them who suffer in their own right till I take my last breath.

If you are reading this, please, I beg you, DO NOT BE SILENT!!!! Share your story with as many
people as possible so that we can change the stigma associated with this disease opening one closed mind at a time. 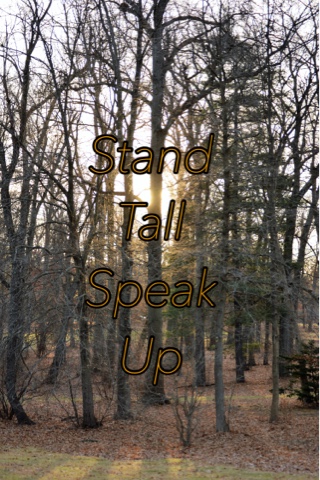 Please consider sharing your story, if you are willing, I would love to facilitate getting it out there. Reach out to me and I will post it to the blog and fb page. The more we feel the presence of those who share our Ministry the closer we get to eradicating this epidemic.


~STAND TALL~
~STAND TOGETHER~
~SPEAK UP~

One voice can and will make a difference!
xox- K

Posted by Kristyn Manemeit at 8:01 AM No comments: